The Annual Rosslare Small Boats Festival began life in 1985. From the very start it was a popular competition amongst anglers from all over the UK.

In 2000 the organisers decided not to continue running the event, not wanting to see the competition end, two competitors, Phil Hallsworth and John Meaning decided to take over the event. In addition, they also persuaded Norman Dunlop from the Central Fisheries Board and Josie Mahon from the Easter Regional Fisheries Board to assist. The event became known as the Annual Rosslare Small Boats Festival once more.

Since 2001 the festival has grown from strength to strength, with a regular competitors list of between 30 and 45 boats with over 100 anglers taking part. Boats come from all over the UK and, in recent years, a healthy Irish contingent has competed too.

After 12 years at the helm, Phil Hallsworth decided to step down from his role as organiser. In 2013 the baton was handed over to John Belger, a long time competitor aboard his boat Firefly. Since John took over, the competition has continued to build on its success.

Acknowledgement of this success has led to some big-name sponsors who help provide a large and diverse prize table. From the early 2000s the festival has attracted sponsorship from Garmin, Daiwa, Lowrance, Stena Line, Failte Ireland, Sea Angler Magazine.

Accommodation is located in Rosslare. Rosslare has a large range of holiday rental properties which are large enough to accommodate a boat crew, its tackle and also a boat, trailer and towing vehicle.

The accommodation available has all the amenities required to make sure your stay is a real home from home. Each house has at a minimum, three bedrooms that can sleep up to five people in total. The houses usually have one double room with ensuite, one twin room and one single room and a separate bathroom. Each house has a fully equipped kitchen which includes a cooker, fridge/freezer, dishwasher, microwave, washer/dryer and all other usual amenities you’d expect. The lounge has a TV with some houses having a traditional peat fire. All houses have full central heating and bed linen and towels are provided.

Despite its name, fishing at the Rosslare Small Boats Festival does not take place at Rosslare itself. Boat launches are done at Kilmore Quay some 20km south west of Rosslare. Kilmore Quay is a quiet fishing village that is also one of Ireland’s premier sea angling ports with a large contingent of charter boats. Kilmore Quay is famous throughout Ireland for its fishing as well as being a species hunters venue.

Kilmore Quay has modern harbour facilities including a marina for competing boats to moor in as well as a large slipway capable of launching two to three boats at a time. There is ample space to park trailers and cars and plenty of room to hold the ever busy “weigh in”.

If you’re in need of refreshment there is a quality fish and chip shop just off the harbour as well as numerous cafes. If you fancy a refreshing pint at the end of a hard-earned competition, then Kehoe’s Pub provides an ideal stop off.

Directions to Kilmore Quay can be found here.

More information on Kilmore Quay Marina can be found here.

The festival HQ is situated at Coast Rosslare Strand, a recently refurbished hotel and conference venue in Rosslare. Each night competitors will meet at the Drift Bar at the hotel to discuss the days fishing and to find out how each boat ended the days fishing. Competitors can hear festival announcements and check out the day’s results, these are available from 9 pm onwards. It is expected that at least one crew member attend the Drift Bar each evening to receive any announcements from the organisers. The Best Specimen caught from the Nominated Species List is also drawn each night, with the chance to win £100 for the winning crew. If no crew member is present from the winning boat, the prize is redrawn, so please be there!

The hotel also hosts the Welcome and Presentation nights.

Coast will provide free transport from the venue to the cottages each competition night and on the Welcome and Presentation Nights.

Directions to Coast Rosslare Strand can be found here.

Welcome night is held on the first Friday of the festival. It is held at Coast Rosslare Strand, Rosslare. Usually at 7:30pm.

Welcome night as the name suggests is held to welcome all of the boats and their crews to the festival. Each boat will receive a comprehensive waterproof welcome pack that includes:

Each crew member will also receive a Festival Cap that includes the year of the Festival.

Presentation night is held on the last Friday of the event. This is held at Coast Rosslare Strand, Rosslare. Start is 7:30pm sharp.

This is a long night so be prepared to dig in for the long haul! Presentation night is the chance to unwind after a long week of competition, it’s also your chance to pick up a prize for your efforts. The prizes are carefully picked so that every crew member no matter what position their boat finished in, is in with a chance of taking home at least something.

Presentation night usually follows the following format, it is subject to change depending on the running order of the evening so this is a rough guide.

1st. Prizes for the 1st, 2nd and 3rd places are awarded.
2nd. A cold meat, fish and salad buffet will be served for competitors who have purchased a meal ticket.
3rd. Prizes given for places 4th to last.
4th. All other prizes awarded.
5th. Special thanks and closing remarks.

After all prizes have been given out the room falls silent for Rosslare Small Boats Festival Legend and Poet Laureate John “Meano” Meaning who will give his legendary summary of the week. Meano’s poems have become part of the fabric of the festival and we encourage all crew members to stay and hear his unique take on the week. It’s also a given that if you see anything across any of the boats that you tell Meano or somebody who has his ear so he can include such a calamity in his annual roundup.

John Belger
John is the overall organiser and chairman of the committee. John looks after all bookings for the houses, ferries, sponsorship applications, shipment of prizes, hats, preparation of the Welcome Pack and Third Party Insurance. John carries the deciding vote if there is a split decision amongst the committee. John also manages the accounts, production of the brochure, liaising with the Harbour Masters at Kilmore Quay and Wexford. John will also liaise with Team Leaders regarding anything of note that happens at sea during the festival and will make the ultimate decision as appropriate.

Josie Mahon
Josie is an Inspector with Inland Fisheries Ireland. She is the Co-Signatory of the accounts. She has an oversight of how the festival is managed and officiates at all launches, weigh-ins and produces the results on an impartial basis.

Ralph Barkley
Team Leader. Ensures the smooth process of the launch and retrieval of boats and also conducts boat and vehicle searches prior to the competition day. He takes responsibility for the weigh-in for each member of his group and responds to any issues whilst at sea. Ralph is also responsible for weighing in the catch of the other Team Leader. Ralph gives a talk on the first Friday before the festival regarding Safety at Sea and hazards to avoid.

John Meaning (Meano)
Harbour Marshal. Responsible for all harbour based activity including the searching of boats that have been drawn out of the hat each day. He has been a member of the organising committee for as long as anybody can remember and is a mine of information for the whole committee.

Martyn Rayner
The festival weather guru! Martyn has a major influence over calling the competition days either on, off or restricted. Martyn presents the weather data allowing the committee to decide on how the next day’s match will be fished.

Gordon Thornes
Team Leader Group Three. When there are three groups, Gordon is the group leader for Group Three.  Gordon also liaises with local charter skippers and information regarding the local weather conditions. A seasoned small boat and all-round angler to advise all newcomers.

Mike Thrussell Jnr
Webmaster/Marketing/Sponsorship. Responsible for the upkeep of the website and also the Facebook Group. Along with John Belger is the contact for festival sponsors and coordinates the requirements of each sponsor to tailor and express their message in the lead up to and during the festival.

All of the individual holiday home owners who let us their properties year on year. 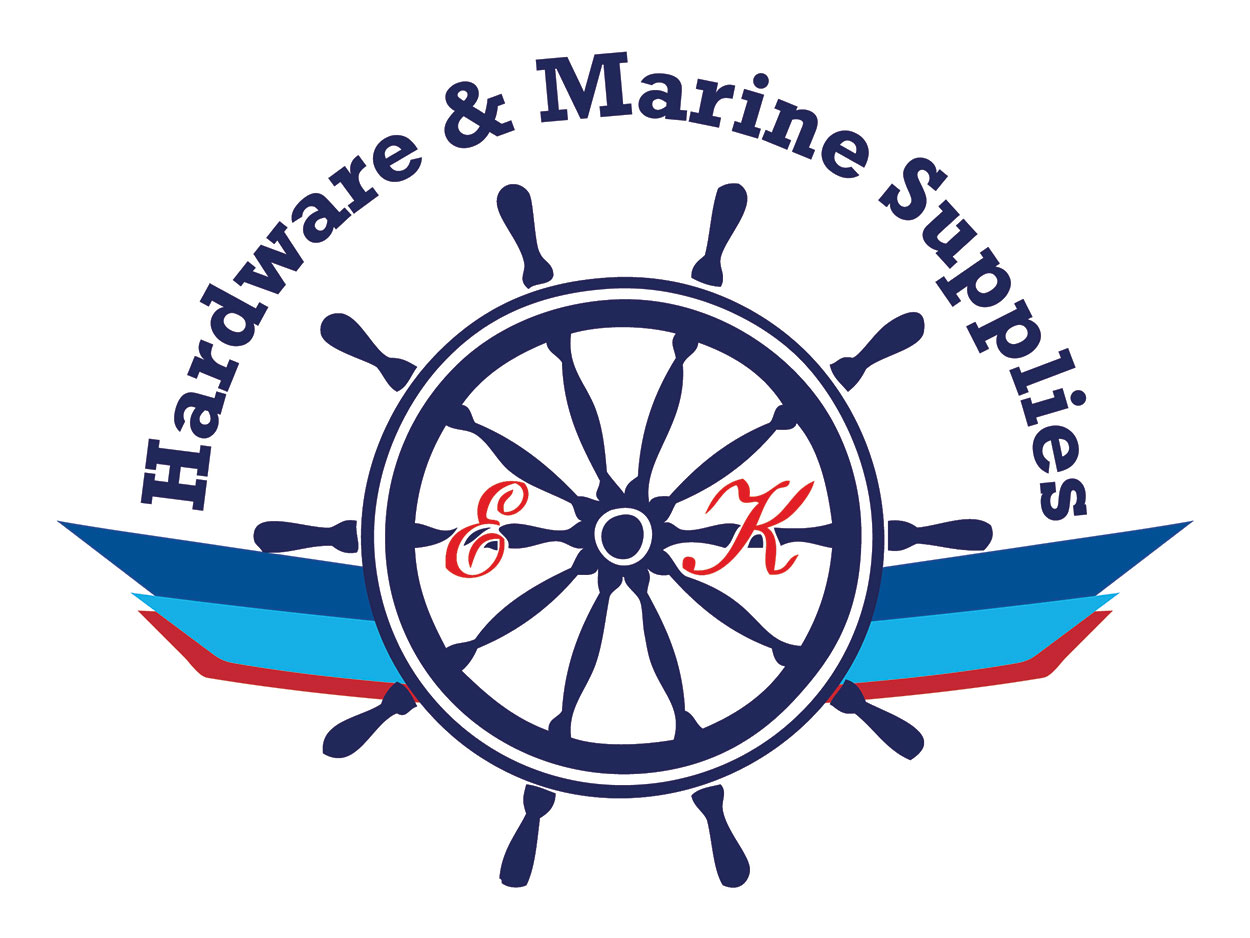